Established in 1902, Big Basin Redwoods State Park is California’s first state park, and, it is with a heavy heart, I must say that it has been devastated by the August 2020 wildfires. Most of the park’s historic buildings and campgrounds were lost to the blaze. Its more than 18,000 acres of old-growth redwoods, including one of the largest stands of ancient redwoods, have also been ravaged by the fire’s intense flames.

The photo above is Big Basin’s Rancho Del Oso section of the state park—close to Waddel State Beach.

Once visited by visitors from around the world, the destruction that the fires have brought to the trees and wildlife will have a chilling effect on the park’s ability to host, educate and inspire the public for years to come. It is likely that it will take years to restore Big Basin to its original glory and purpose.

With all the bleak, heartbreaking news, one bright spot has emerged. Many of the giant coastal redwoods have survived the blaze. It is a glimmer of hope as we anxiously await the reopening of Big Basin. 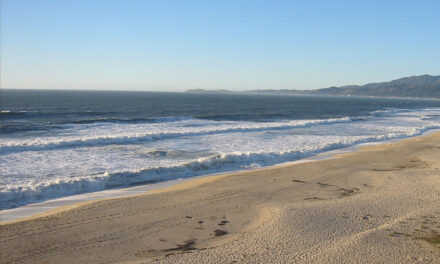 Selecting the Perfect Vacation Destination on the California Coast